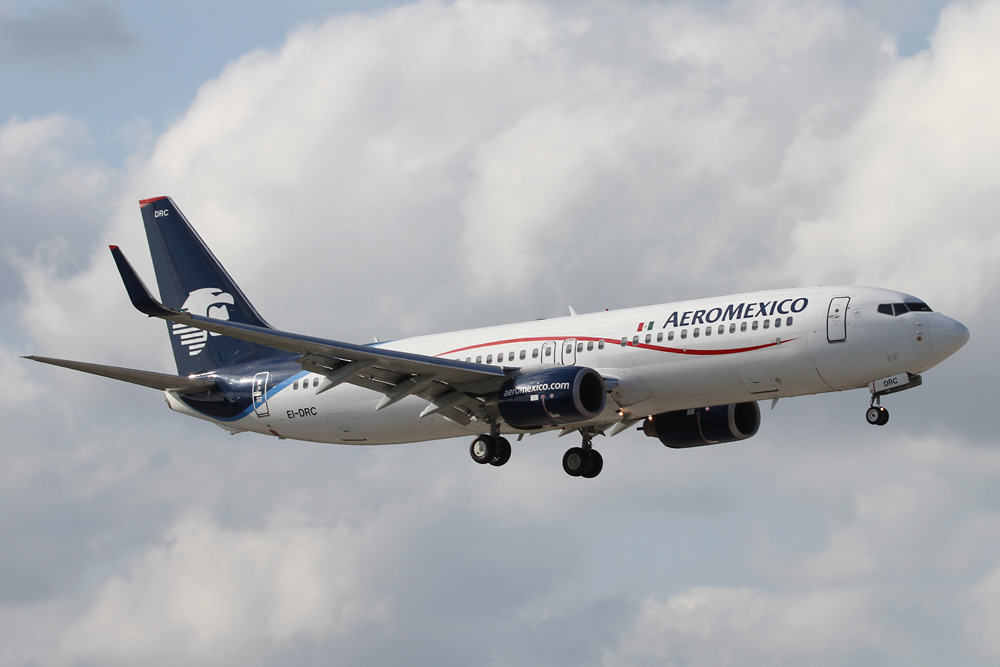 Aeromexico announced the beginning of new service on June 1st, 2017 from Mexico City to Calgary, the largest city in the Canadian province of Alberta.

With this new flight, Calgary becomes the fourth destination Aeromexico serves in Canada, and its 19th destination in North America.

The carrier will operate the new route with its Boeing 737-800 aircraft with 160 passenger seats, including 16 in Clase Premier, Aeromexico’s Business Class.

“Calgary is a very important destination for Aeromexico, as it will allow us to offer our customers the only nonstop flight available from Mexico City, providing customers with more choices for travel from Mexico, Central and South America to Canada, in addition to our flights to Montreal, Toronto, and Vancouver,” said Aeromexico’s Chief Revenue Officer Anko van der Werff.

“Canada is Mexico’s third largest trading partner, and this destination promotes the oil, gas and mining industries, as well as health services and education so the airline will continue to offer increased connectivity options for its passengers,” added the executive.

“Bienvenido a Alberta! This new direct flight connecting Calgary to Mexico City is fantastic news. Not only will the flights bring more visitors between Mexico and the province of Alberta, but they will also help boost tourism, investment, trade and cultural opportunities,” said the Honourable Ricardo Miranda, Minister of Culture and Tourism for the province of Alberta.

Tourism from Mexico to Canada has grown 65.4% over the last six years, and this figure is expected to grow even more after Canada recently lifted the visa requirement on Mexico.

Aeromexico’s new service offers Calgary customers connect to beaches in Mexico, such as Cancun, Puerto Vallarta, Cozumel, Huatulco, Los Cabos and Ixtapa, business cities such as Guadalajara, Monterrey, Mérida, León and Aguascalientes, Mexican Gulf cities such as Villahermosa, Veracruz, Ciudad del Carmen and Tampico, and countries in Central and South America such as Guatemala, Costa Rica, Peru, Colombia. The carrier also strengthens its offer to connect to 20 destinations in Canada and the United States thanks to its codeshare partnership with Canadian airline WestJet.